'This is not about greed and avarice, but integrity and doing the right thing' Sarah Henwood talks about running the world's oldest law firm 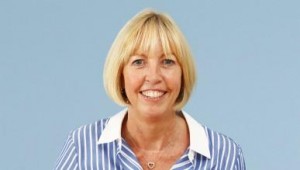