Partner/Head of Court of Protection

Brian has over 20 years of private client practice experience, specialising in Court of Protection work since around 2004, and is head of the firm’s market-leading Court of Protection team. He works on complex personal injury and clinical negligence cases where the claimant lacks capacity and advises on the role of deputy and the likely costs involved.

Brian has particular interest and experience in administering the finances of those who suffer from incapacity due to brain and birth injuries. His experience includes:

What his clients and peers say

Brian joined the firm in 2000 becoming a Fellow of the Institute of Legal Executives in June 2003. He went on to complete his training whilst working to qualify as a solicitor in November 2006. Brian became a partner in 2011. He is part of the firm’s corporate membership with the British Association of Brain Injury Case Managers. 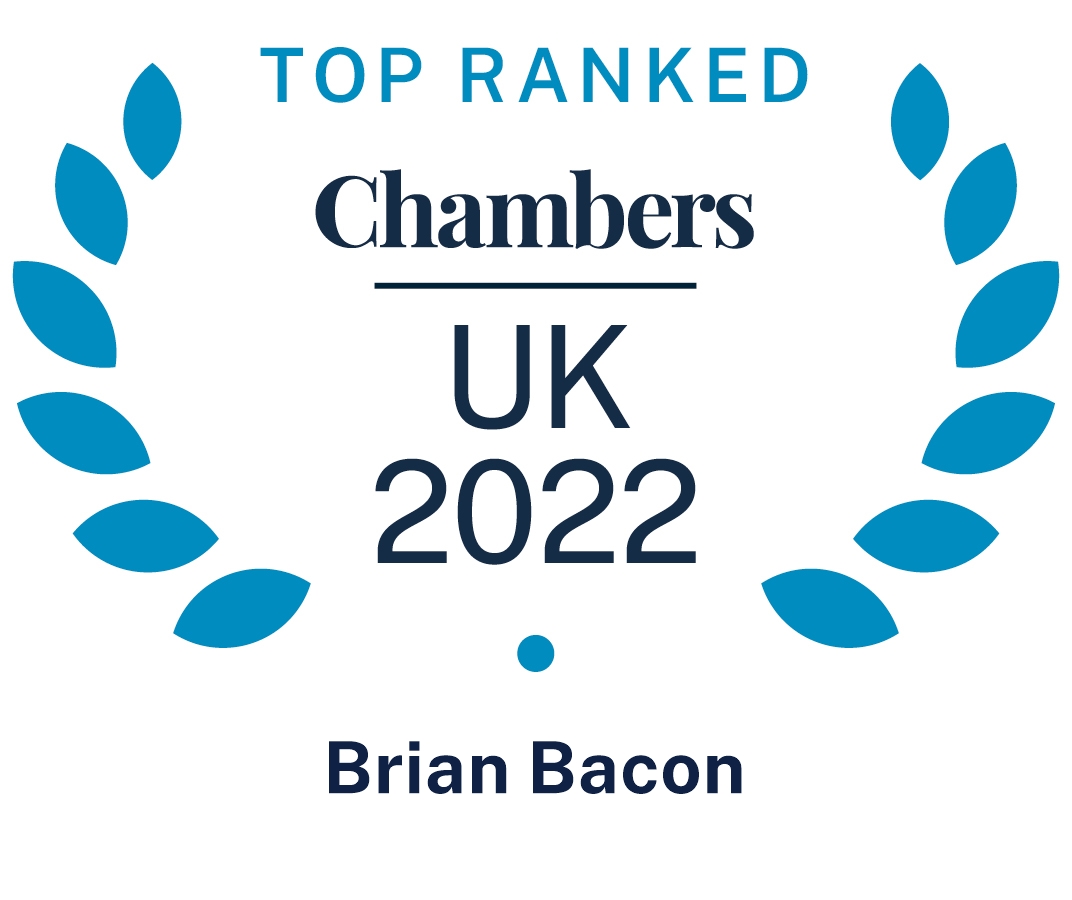 Brian Bacon is ‘very responsive and intelligent – he has very good judgement’.

Brian Bacon is widely admired for his leading Court of Protection practice. He has significant experience acting as a deputy and trustee in personal injury and clinical negligence cases. A client says: "He's excellent: he's always available, he's reasonable and he's sensible."

Very dedicated and professional, and works hard for his clients.

Brian Bacon is a person we could all turn to in a crisis: he has learnt his craft well and I would trust him to make decisions in the interests of others, not himself or his firm. He works well with clinical professionals, he listens and he takes on board advice whilst remaining true to his role and task. If I lose mental capacity to manage my finances, I want Brian to be my deputy.

He is very calm, thoughtful, sympathetic and is very reassuring.

He is incredibly solid and practical, and able to see the full picture.