Douglas is recommended by The Legal 500, and commended for the way he “gets on top of detail and takes a sensible approach”. The 2018 guide stated that Douglas is 'a calm, methodical lawyer who has an excellent manner with clients and looks for effective ways to resolve their issues'.

Douglas is also ranked in the Chambers guide and the 2018 edition he was noted for being "very effective and commercially aware". Client sources reported that "He is able to stand back and take a view on matters and then decide in what direction we should proceed."

Douglas is the Deputy Chair of the Board of Governors at the Milestone Academy.

Douglas read Law at the University of Kent, Canterbury graduating in 2006. He undertook his Legal Practice Course at the Inns of Court School of Law and he was admitted as a solicitor in September 2006. He has also completed a Diploma in Litigation. Douglas joined Thomson Snell & Passmore in 2004 and he became a Partner in 2015. 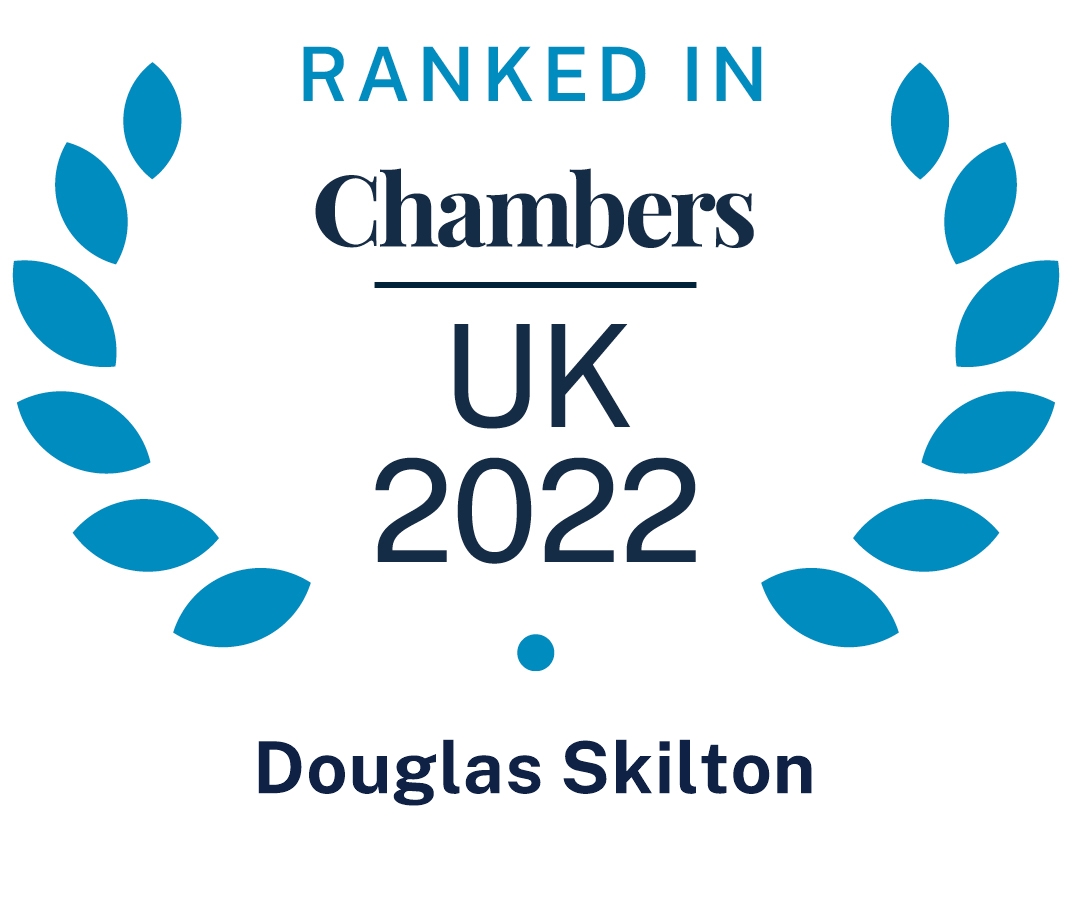 Doug managed Thomson Snell & Passmore’s input into an unusual litigation case. He ensured continuity and senior input, as required, and brought on board relevant expert advice when required.  Doug was also very effective in managing the firms inputs to ensure the costs incurred were appropriate for the claim. I would have no hesitation in recommending Doug for similar engagements.

Very responsive and knowledgeable - able to counter all points of opposing party with ease. You quickly picked up on intricacies of claim and had excellent legal knowledge of the area.

I was impressed by your quick in understanding the issue (in a very limited time scale) and coming up with option and strategy.

The support and guidance was excellent. Doug is aware of the fluidity working in schools and was able to offer strategic legal advice, whilst also flagging potential media interest that may stem from our actions. He acted as the strategic sounding board and legal counsel we desperately required.

I want to thank you and your Team for the excellent work – another positive outcome. I can’t thank you enough for their professionalism, attention to detail and just the best advice. I was thinking about the past seven years and the work TSP has undertaken on my behalf and that of other family members and friends which have all resulted in positives outcomes, from my own personal experience six successful outcomes. Doug, it’s not just about the professionalism, it is the bigger picture, it’s the kindness, support and calm afforded along the way in sometimes extraordinary situations. So in conclusion, my sincere thanks to you and the Team again.

Thank you for your brilliant work. I have certainly achieved my objective and am happy with the outcome. Thank you again.

Douglas Skilton is a calm, methodical lawyer who has an excellent manner with clients and looks for effective ways to resolve their issues.

His advice is always well judged and measured. You see him as a safe pair of hands and you know the case will be dealt with in the best possible way, achieving the maximum result.

He was able to articulate and convey the precise legalities of the case very clearly, helping us to make well-informed decisions on actions as the case progressed.

He is excellent and very switched on.

Charlie and Douglas have been excellent in how you have handled this case considering the sensitive nature of the matter. I am very happy and grateful with the service you have provided and of the course the successful outcome you achieved.  It has been a pleasure working with you all, and we are extremely grateful for your hard work in bringing this matter to a successful conclusion.  I would recommend you to anyone needing similar support.

Doug and Charlie are akin to Thierry Henry and Dennis Bergkamp – arguably the greatest strike partnership ever witnessed in the Premier League. On time, on point and always deliver.

The firm has provided me with the highest level of legal support with their staff having some of the best legal minds in the country. This thought has been confirmed by other sources in the legal profession. Combined with the personalities of all of the people I have met at the firm, this has exceeded my expectations in terms of the level of service. A company I can highly recommend and even more so of Douglas Skilton, partner.

A most important factor in my experience has been the personal touch that I have received alongside the specialist expertise and technical legal knowledge. My own case is complex and I have felt that Douglas Skilton, a partner at the firm, has provided sound structured advice that gives me confidence in my seeking of justice. He is ably supported by his paralegal, Natasha Moran, who is also of the highest calibre. Douglas, with his knowledge and expertise, combined with his warm and generous personality, provides a service and support that I have never experienced with any other law firm. Likewise, Natasha has a lovely personality and is very professional in her role as the supporting paralegal.

Douglas Skilton is an extremely capable senior partner but his human touch and personal service to clients really makes him stand out. Very caring and really goes the extra mile to make matters proceed smoothly and optimistically for clients.

Douglas Skilton’s manner is such that it makes a difficult and somewhat unpleasant matter a far more tolerable experience. His quiet confidence is always reassuring.