James is consistently recommended in the major guides to the legal profession. He has been described as “recommended” and “known for his expertise in GAFTA and FOSFA arbitrations”. A recent Legal 500 guide says, “James Cradick excels in GAFTA, FOSFA, LME and LCIA arbitrations….advises a large Spanish oil company and numerous trading houses based in Geneva, one of whom recently instructed Cradick on a $70m dispute”. James has previously also been endorsed by Thomson Reuters in their Super Lawyers directory as a ‘rising star’. He is part of the firm’s Dispute Resolution team that is praised by clients in the guides for being “an exceptional team” with “a client-centred ethos and commitment to good service”.

James practised as a Barrister before working for a number of London firms prior to joining Thomson Snell & Passmore in 2014. 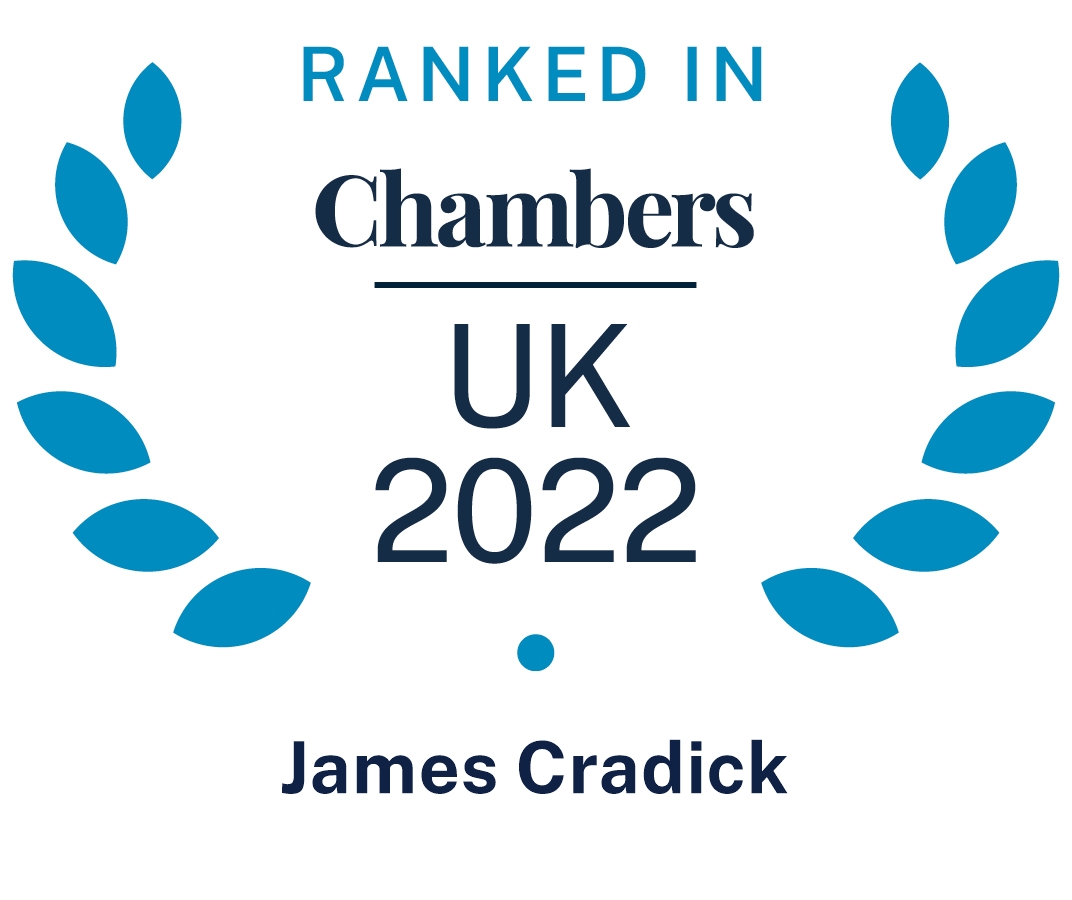 James Cradick is a very open-minded, forward-thinking person. He is a very good lawyer and his arguments are to the point. I'm enjoying cooperation with him very much.

James Cradick has 'a rare combination of legal brightness, organisation and good relationships with clients'.

Commercially minded and has a good feel for the legal and technical aspects of complex disputes.

James Cradick is the main contact who has great people/client skills, is good with counsel, has strong legal and procedural skills and offers a great service.

James Cradick is someone I’d recommend to clients and provides the complete package of client service, commercial or business sense and strong legal, procedural and tactical awareness. He has a very interesting diet of clients and international and domestic cases including several reported High Court cases in the commercial courts and arbitration. He was at the cutting edge of the virtual hearings/e-bundling for a big international commercial litigation last year against a major international firm involving four QCs.