Monika advises on all types of contentious trust and probate matters including:

Monika represents executors, administrators, trustees and beneficiaries regardless of whether they intend to commence a dispute or whether they are on the receiving end of a claim.

Monika is ranked as Up and Coming in Chambers High Net Worth Guide where they quote "she's really good, she is incredibly personable. She is always very helpful and able to make things easier for the client; she manages to make everything sound simple, even when it often isn't." In The Legal 500 (2019) Monika is noted to be “very straightforward and capable – she handles complex cases well”.

With a background in languages and interpretation, Monika completed a Masters degree in European Politics Business and Law and re-qualified to become a solicitor.  She was admitted as a solicitor in England and Wales in September 2010.  Having worked at Anthony Gold, a specialised litigation firm based in London Bridge, she joined Thomson Snell and Passmore as a Partner in March 2019.

Monika is bilingual in Polish and English and able to converse in German and Spanish.

Monika is a very effective negotiator with sound experience in all forms of alternative dispute resolution, but where necessary is also an eloquent litigator with a proven track record of cases in the County Courts, the High Court and the Privy Council. 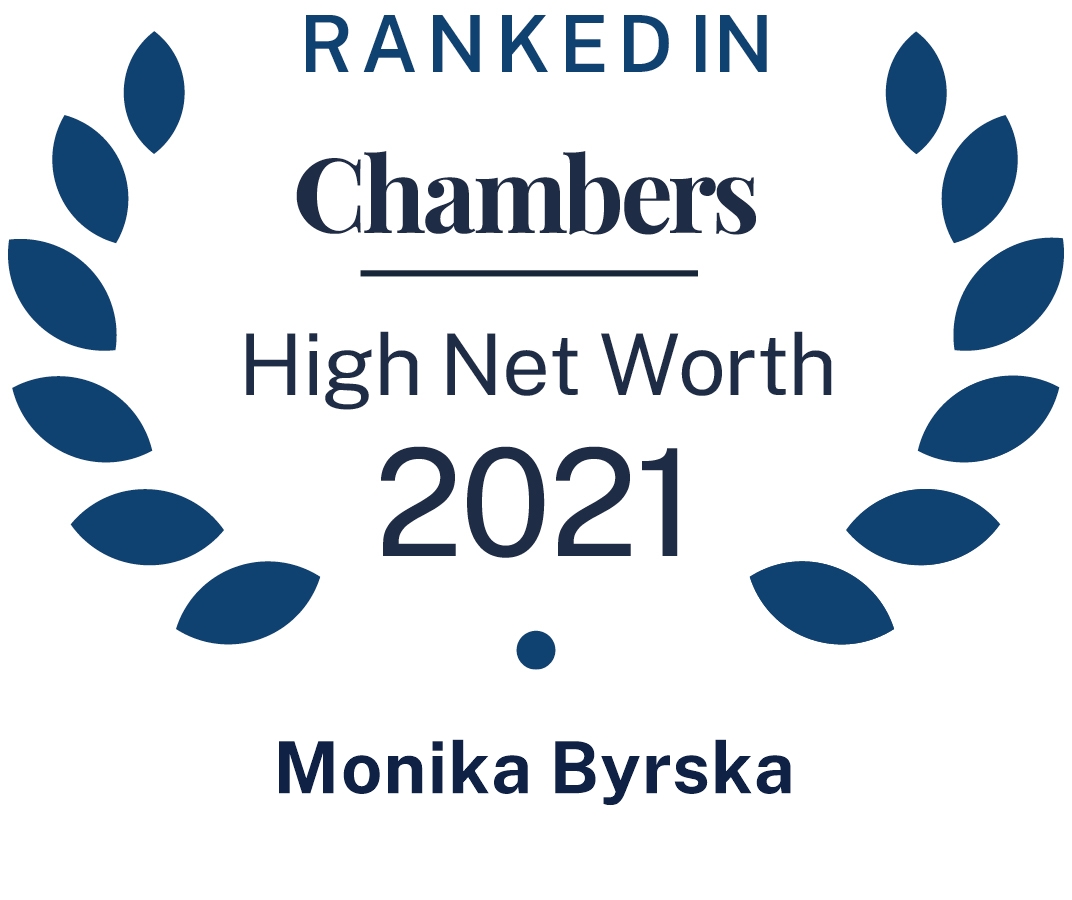 Outstanding. Monika’s calm, realistic, truthful nature built a world of confidence in us. The attention to detail and commitment to resolve was on point.

From beginning to end you were truthful, drove our passion to find the evidence, kept us on track with your calm, realistic and warming presence and attitude that built confidence in us. We truly are grateful.

Thank you very much for your skill, professionalism and support to me at such a difficult time.

I appreciate also how difficult it has been for you like many to perform your role during covid.

May I add my thanks for all you have done and achieved. If I may say, so you have dealt with this difficult situation in a very sympathetic way and have always been clear with your advice, and your letters are without doubt excellent.

She's really good, she is incredibly personable. She is always very helpful and able to make things easier for the client; she manages to make everything sound simple, even when it often isn't.