Sue has presented seminars on aspects of commercial property and written articles on agricultural and rural property issues and energy projects. Sue is recognised in Chambers UK as a leader in her field and is described as “always striving to find practical solutions for clients”.

Sue is listed as a Citywealth Leader and is also a trustee and regional committee member of RABI (Royal Agricultural Benevolent Institution) and a member of the Agricultural Law Association, NFU and CLA.

Sue retrained as a lawyer after careers in marketing and publishing, latterly with Telegraph Newspapers, and in organising major political conferences. 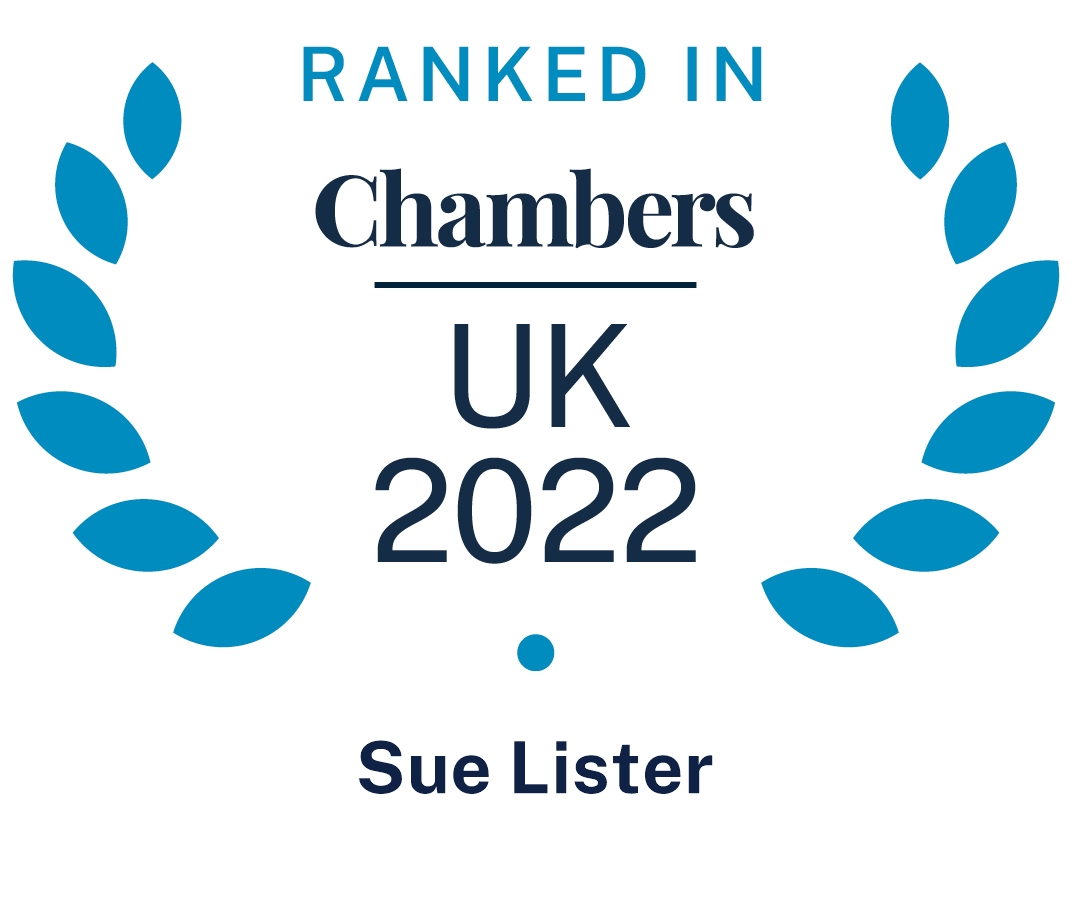 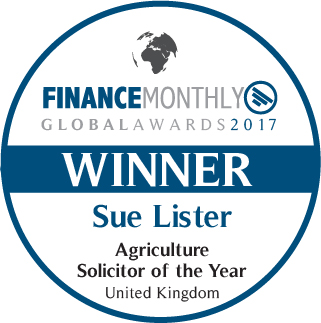 Sue has built a strong personal understanding of a family-run business and provides advice in an understandable, user-friendly way. Sue's ability to translate legalese with ease is much appreciated in our meetings.

Sue has been great, always contactable and kept us up to speed with things. She looked after us and our interests well; we couldn't be happier

Sue was a pleasure to deal with, efficient, prompt and professional.  When she was on holiday the team covered and maintained the momentum. Email communication very prompt and Sue was also available on the phone when I needed to speak to her.

Sue Lister and her team specialise in agricultural matters and have an extremely good understanding of the industry and its nuances.

Sue Lister has a wealth of knowledge in our specialized area of quarrying and farming and is always able to provide advice that is to the point while understanding the companies' objectives.

Sue Lister was excellent in keeping matters relevant and keeping a clear head as to how to work through the complexities and emotional aspects of our matter.

She is a good lawyer who is technically sound, she looks for solutions.

A leading agricultural lawyer with a broad range of expertise in this area.

She is extremely helpful, practical and straightforward.

Sue immediately grasped the situation and from that moment on things started to move forward. There were some frustrating hurdles to overcome but she dealt with them all in an efficient & professional manner whilst always taking the time to keep us in the picture and providing us with clear options. Throughout the entire process, we always felt confident of Sue's abilities and she, in turn, always took our interests at heart. It was an absolute pleasure to work with her.