Desmond has a wealth of experience in dealing with families in difficulty and in seeking to resolve their problems constructively.

Desmond is a member of Resolution and is a Resolution trained mediator and collaborative lawyer. In addition, he has passed the Californian Bar examinations and completed a Los Angeles mediation course and is listed as a Citywealth Leader.

Desmond was a member of the Lord Chancellor’s International Child Abduction Panel and the English Law Society’s representative on the National Victim Support Working Party on Domestic Violence. He was involved in preparing a paper for the Lord Chancellor’s Department concerning domestic violence.

Desmond is acknowledged in leading independent guide to UK law firms, Chambers UK as a leader in his field. He is praised in the 2013 edition for his “good response times, good knowledge and sympathetic treatment”. In the 2012 edition he is applauded as a 'sensible and talented lawyer'. Clients say 'he has a very good understanding of the human aspect of work and is terribly professional'.

Desmond graduated from the University of Kent in Canterbury where he obtained an Honours Degree in Law. He studied for and took his solicitors’ examinations through the College of Law. He was admitted as a solicitor in December 1985. 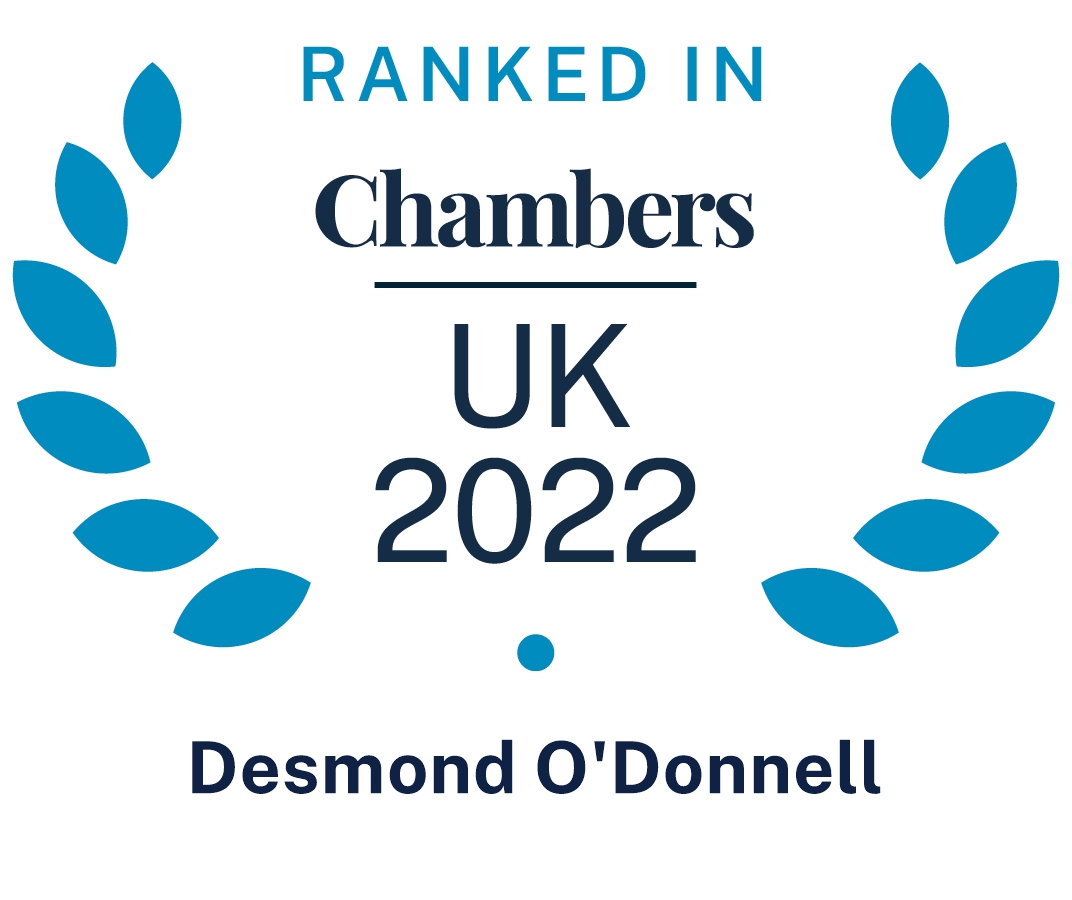 They are ably led by Joanna Pratt and supported by Kirstie Law. Desmond O’Donnell is a sensible solution-focused lawyer.

It was a very stressful period for me and Desmond gave me great comfort and reassurance.

I appreciate your professional support throughout the mediation process. It was tough but a much better approach than the alternatives

Desmond O'Donnell is very pragmatic and is mindful of how his communication impacts the other side.

Desmond O’Donnell was superb. He is clearly extremely experienced and I felt he took a personal interest in my well-being.

I cannot praise the work of this firm, and Desmond O’Donnell in particular, too highly.