Nicola is a member of the Society of Trusts and Estate Planning, the Charity Law Association and the Notaries Society. She is listed as a Citywealth Leader and also a contributor to the panel of BBC Radio 4’s Moneybox Live programme.

The Private Client team is ranked in the top tier for South East England by The Legal 500 an independent guide to UK law firms. The team has also been named by Private Client Practitioner magazine in its list of the 'Top 25 Law Firms'.

Nicola is ranked by Chambers HNW.

Nicola trained at Thomson Snell and Passmore & qualified as a solicitor in 2000. Over the last 15 years she worked for some prominent private client firms in both London and the South East before returning to Thomson Snell & Passmore. 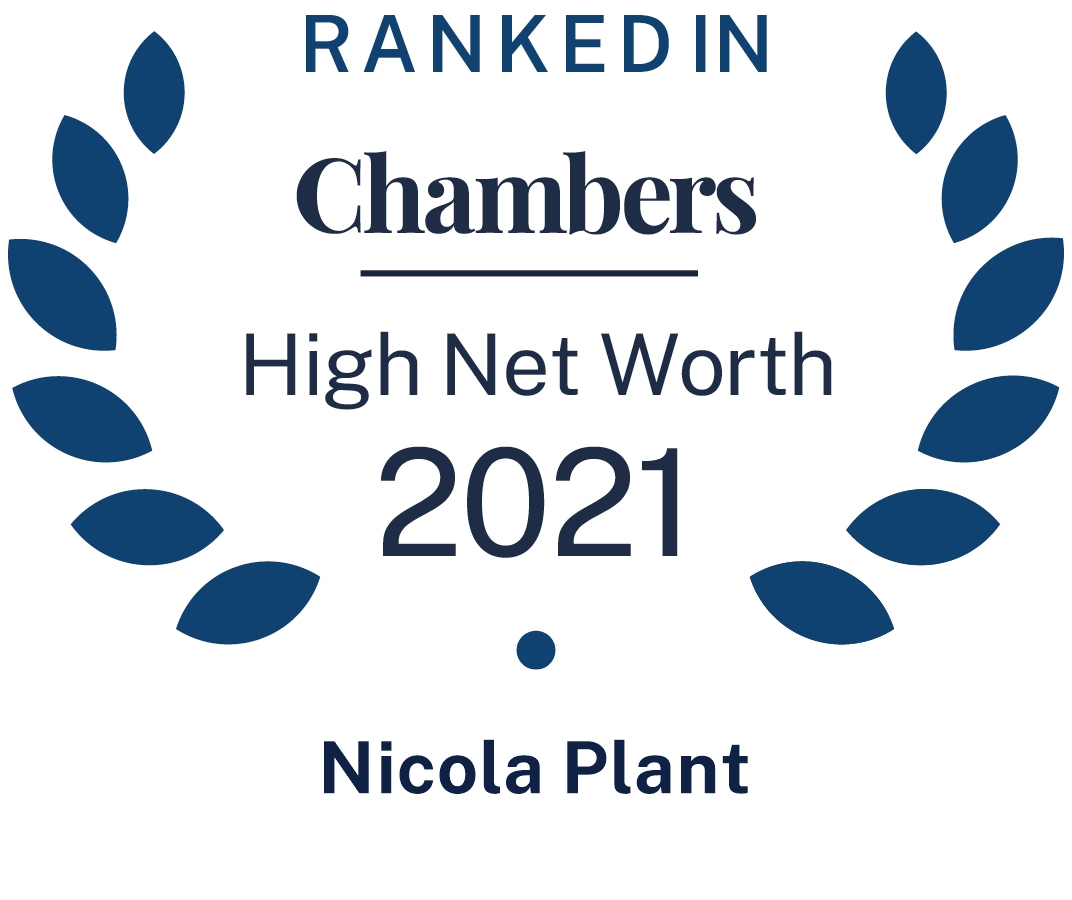 The 'practical and service-oriented' Nicola Plant heads the group.

Accessible and friendly, advice always positive and pragmatic, entirely trusted through years of service with Nicola Plant and her predecessor, Simon Brown.

The advice and support from the initial phone call through to the completion of the document was clear, thorough and very efficient. I felt I received a personal service tailored to my needs

Thank you for providing such clear advice and executing this in such a painless and professional way.  I don’t think I can recall the last time someone did some professional work for me where there were no typos or mistakes, or where I didn’t have to chase and do part of the work myself

Nicola Plant very quickly understood the need, and gave us confidence in the proposed solution by explaining very well the legal language in simple terms.

The service Nicola provided was highly professional; her flexibility with timescales was especially appreciated

The "very personable" Nicola Plant is experienced in all aspects of private client work. She assists clients with estate administration, estate planning and Inheritance Tax and Capital Gains Tax planning.

I think she is fantastic: I would recommend clients to her. She is very tenacious but she also has extensive knowledge

Many thanks once again for all the help you and your colleague gave me with this piece of work;  it made a huge difference and I feel very fortunate to have been able to have your support.

Her responsiveness is really good, she puts the client at ease.